The Spirit of the Times - Essay on Mass Culture

View basket “L’abeille et l’architecte – Chronique” has been added to your basket.

Copy of the press service after 26 copies on esparto.

Complete with the rare request to insert: "... the problem of a culture produced according to the standards of industrial manufacturing, and spread by techniques of mass diffusion? What happens to the relationship between quantity and quality? What creative role does it still have to play? How can the laws of artistic originality and large-scale consumption be reconciled? […]" 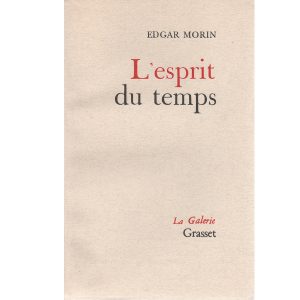 You're viewing: The Spirit of the Times - Essay on Mass Culture 180 €
Add to basket