The son of a medical general in the Japanese army during the time of Emperor Mutsuhito, he grew up learning French while studying Western painting at the Tokyo School of Fine Arts. After graduating in 1910, he left for Paris in 1913, embarking on a long sea crossing to Marseilles before reaching the capital and, in particular, the artists' quarter in Montparnasse.

Close to Pablo Picasso, Amedeo Modigliani, Henri Matisse or Fernand Léger, Foujita launched himself into painting with success during the Great War. In 1917, his first exhibition of one hundred and ten watercolours in a half-Japanese, half-gothic genre was a triumph. In 1924, he painted Youki, goddess of snow, for the Salon d'Automne. In 1930, he painted four paintings: Le Salon in Montparnasse, The Lion tamer, Three women and The Triumph of Life over Death.

After several years of a journey that took him notably to Latin America, he returned to Japan in 1933. Caught in the turmoil of war, he supported the militaristic action of his country, both through his paintings such as Senso-ga (or The Battle of the Khalka River) and his personal commitment. But, from 1945, he will know how to get closer to the United States in order to pursue his career in the West. We thus find him in New York and then in Paris in the early 1950s. Having obtained French nationality in 1955, converted to Christianity in 1959 before becoming a mystic by settling in the Chevreuse valley in Villiers-Le-Bâcle, Léonard Foujita still produced some remarkable works, such as the Notre-Dame-de-la-Paix chapel in Reims, which bears his name and where his remains now rest. 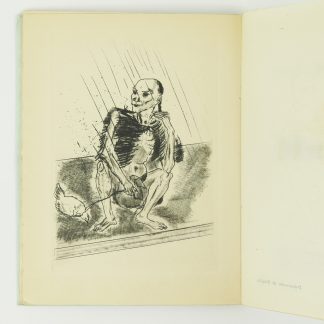