Autograph signed letter from Maurice Bellonte to Suzanne Deutsch de La Meurthe referring to the 1st of September 1930, the day of the first air crossing from Paris to New York:

On September 1st and 2nd 1930, Dieudonné Costes and Maurice Bellonte, succeeded in making the first non-stop air crossing of the North Atlantic from East to West, linking Paris to New York, in 37 h 18 min, on board the Question mark.

Copy from the Deutsch de La Meurthe family, pioneers of the airplane in France since 1898
Henri Deutsch de la Meurthe (1846 - 1919), nicknamed "The king of oil in Europe"In 1845, he founded a company for the processing and trading of vegetable oils in La Villette.
After the discovery of the first underground oil deposit in the United States in 1859, he took a keen interest in oil and built a new plant in Pantin to study its properties. In 1881, he buys a refinery in Rouen, then in 1883, the oil refinery of Saint-Loubès in Gironde and associates in 1889 with the Rothschild brothers for the refining of oil in Spain. One of the strengths of Henri Deutsch de la Meurthe was to understand that the development of the small combustion engines supported by the rise of the automobile and the aviation was going to increase considerably the consumption of oil. He founds, in 1898, the Aéro-Club of France, with Ernest Archdeacon and Gustave Eiffel, and creates in 1900 a prize of 100000 francs awarded to the first person who will fly from
St-Cloud to the Eiffel Tower in less than 30 minutes. He then created the 50,000-franc Aviation Grand Prix for the first flight of a heavier-than-air aircraft over a kilometre in a closed circuit.

He participated in the creation, on the initiative of Lazare Weiller, of the Compagnie générale de navigation aérienne (1908) which bought the Wright brothers' patents. It organized the demonstration flights of the model AHe also invested in the Astra (1909) and Nieuport (1911) aircraft manufacturers, which he piloted at Le Mans from August 8, 1908 onwards. He also invested in the aeronautical manufacturers Astra (1909), then Nieuport (1911). In 1909, Henry Deutsch de la Meurthe offers to the university of Paris a sum of 500000 francs and an annual rent of 15000 francs in order to create a research center, it will become the Aerotechnical Institute of Saint-Cyr-l'École. After Henri's death, his daughter Suzanne (1892-1937), who was passionate about aviation, took over from her father. In 1927, she founded the Aéro-Club de l'Aisne and gave them their first two planes. In 1931, she created a 1000km race. 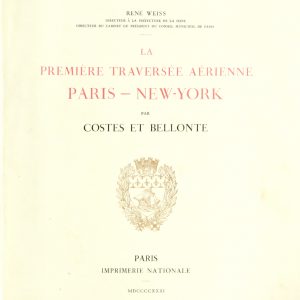