Memories or historical recollections on Napoleon, the Revolution, the Directory, the Consulate, the Empire and the Restoration

ORIGINAL EDITION bound at the time in 18 volumes.

FIRST EDITION complete in 18 volumes and published over a period of six years by three successive publishers.

"This woman saw Napoleon as a child, she saw him as a young man still unknown, she saw him busy with the ordinary things in life, then she saw him grow up, rise up and cover the world with his name! She is to me like a blessed man who would come and sit at my side, after having lived in heaven close to God!" (Balzac in Paris SalonsAncelot).

Laure Junot, Duchess of Abrantes (1784-1838), wife of the Duke of Abrantes, was from 1806 very close to the Bonaparte family. She became a widow in 1813, after the Duke, driven by madness, put an end to his life. She met Honoré de Balzac in 1825 and became his mistress in 1829. The author of the Human Comedy pushed her to write her Memoirs He was the proofreader and most likely the co-editor.

The success was great, the Duchess, with misplaced pride, disowned Balzac's participation and felt her wings sprouting: "You have piqued my defense proclaiming that you did not work on these memoirs. How did you expect me to do that? I had to do it this way. The success of this work has been great; right or wrong, it's a fact. […] Why do you want me to take away what little merit there is in this poor work? ".
Great lord, Balzac did not go further, but he reused several passages from those Memoirs in his work as if to affirm, with elegance, his paternity.

DESIRABLE EXEMPLARY RELATED TO THE ERA in eighteen volumes. 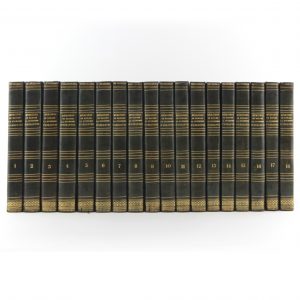 You're viewing: Memories or historical recollections on Napoleon, the Revolution, the Directory, the Consulate, the Empire and the Restoration 1 500 €
Add to basket