Beautiful photographic album in japonizing binding containing 60 photographic portraits including 58 Odette Dulac, one of a little girl and her dog taken on a balcony.

Beautiful japonizing binding with interlaced OD initials on the cover. 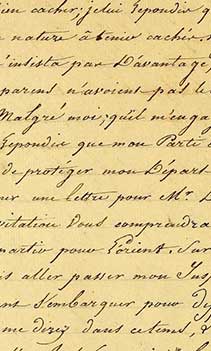 (1865-1939) is the artist name of Jeanne Latrilhe, French singer, painter, sculptor and writer from the Southwest. After receiving a solid education, she enchants theaters and cabarets of the Belle Epoque with her soprano voice and impeccable diction. But in 1904, she abandons the stage of the Butte Montmartre to devote herself to painting, sculpture and writing. Her first novel, Le Droit au plaisir [The Right to Pleasure], exploring female desire, was published in 1908. Then, Le Silence des Femmes [The Silence of Women], La houille rouge[The Red Coal], Les enfants de la violence[The Children of Violence], L’Enfer d’une étreinte [The Inferno of an Embrace], in which the themes of love were expressed to the feminist activist, defending women’s right to vote, the creation of maternity and nurseries, the development of childcare. In addition to her novels, from 1917 she published in various chronicles, stories and short stories. She became a member of the Société des gens de lettres in 1922 under the patronage of Aristide Bruant.