FIRST EDITION.
ONE OF THE 25 NUMBERED COPIES ON PURE YARN

ONE OF THE 25 NUMBERED COPIES ON PURE YARN, only large paper.

Second novel by Robbe-Grillet, two years later. The Gums, The Voyeur known famous defenders like Roland Barthes in The World and Maurice Blanchot in the New French Review. It sold 10,000 copies the year it was released and received the Critics' Choice Award. 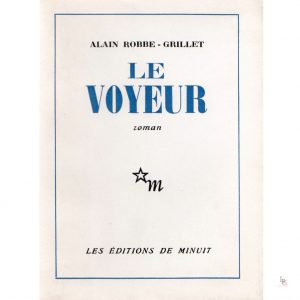