Praise for the plate

EXAMPLE of the writer André Haguenauer initialled by the publisher, kept in its original craft paper in the name and address of the subscriber.

The Société des Bibliophiles Les Plaquettes was founded by Gaston-Louis Vuitton in 1929. In 1932 it had 57 members and no books were published. This first particularly luxurious publication with an extremely graphic cover begins as follows:
"Explanation to the early Friends, who for nine years have been waiting. Another Society of Bibliophiles!
Why not? And the conversation continued unabated, and the Platelets were born. Its program: To make trials, nothing but trials, always trials; to deceive us often - but, perhaps, also to succeed".
Unfortunately, there were only two attempts, because The Song of the Sun of Saint Francis"published in 1943, in the middle of the world war, was the second and last work of this ephemeral society of bibliophiles. 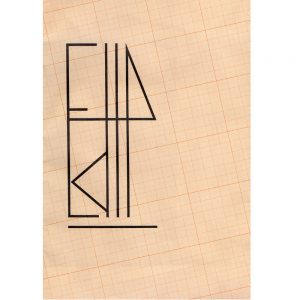 You're viewing: Praise for the plate 250 €
Add to basket