This photograph taken in 1943 at the Bacongo is the result of the collaboration between Germaine Krull, Ellebé and Robert Carmet during the photographic missions of the Free French Forces in Africa.

Part of the archives of this report is kept at the Archives Nationales d'Outre-Mer.

Photographer for the Service d'information de la France combattante, and aviator for the Free French Air Forces (FAFL) from 1942 to 1944 in Brazzaville, Robert Carmet is at the side of Germaine Krüll, Jean Costa and Ellebé (Robert Lefebre). After the end of the conflict, he became head of the photo section in the press and information service of the general government of French Equatorial Africa until 1955.

Germaine Krull, born on 20 November 1897 in Wilda, a district of Poznań (then in the German Empire, now in Poland), died on 31 July 1985 in Wetzlar (Hessen), intèrege the Lehr-und Versuchsanstalt für Photographie, Chemiegraphie, Lichtdruck und Gravüre of Munich in 1916. His association with the extreme left and the anarchist milieu led to his arrest and sentence to death by the counter-revolutionaries. She fled to Berlin and frequented the Dadaists and the expressionists. After meeting the filmmaker Joris Ivensn, she moved to the Netherlands and experimented with architectural photography and collaborated with the magazines i-10 and From Filmliga.

Settled in Paris around 1925, Gallimard devoted a thin monograph to him, published in the collection Photographers New. She frequented the surrealists and collaborated on several books, including La Folle d'Itteville, published in August 1931. She then worked in Monaco for 5 years, then, after a stint in the Americas, she moved to Brazzaville, the capital of French Equatorial Africa, which joined the Free French in August 1940, where she headed the local propaganda service. She took part in the Provence landings and then in the liberation of the Struthof and Vaihingen concentration camps. As a war correspondent in Indochina from 1946, she travelled throughout South-East Asia, becoming the first director of the Mandarin Oriental, Bangkok. She returned to Germany in 1955. Her friend André Malraux, Minister of Culture, organizes her first major retrospective at the Palais de Chaillot in Paris.

Born in Rouen on 27 March 1906, died in Rouen on 30 November 1992. Collaborator at the weekly L'Illustration from 1927 to 1940, he joined Free France in 1941 and from 1944 onwards became head of the photographic department of the Colonial Office of the Provisional Government of the Republic. After the Liberation, he became director of the photographic services of the regional daily newspaper Paris-Normandie. In 1949, he and his wife opened Photo Ellebé, a professional studio on Place Beauvoisine. 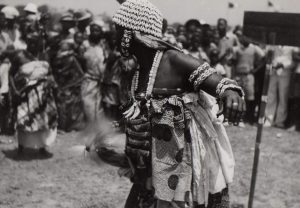