Vol I : fine, first issue dust jacket has the $4.00 printed price present with minor wear to the spine and edges.

“The simplicity. Getting rid of something by giving it to itself. God Himself folded into the tiny adamant structure, Self-destined to a succession of explosions, the great slow gathering out of water and air and silicon: this is felt without words in the turn of the round hoe-handle in his palms.” (Rabbit, Run). 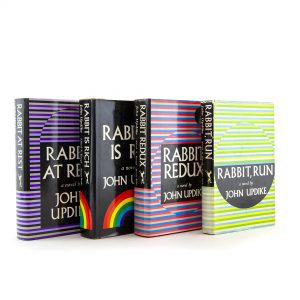