“A screaming comes across the sky”

The novel is regarded by many scholars as the greatest American novel published after the end of the Second World War, and is "often considered as the postmodern novel, redefining both postmodernism and the novel in general"
(The Literary Encyclopedia).

Gravity Rainbow won the National Book Award for 1974 and the prestigious William Dean Howells Medal for best work of fiction to appear in the United States over a five-year period. 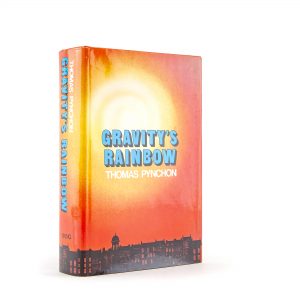