"If I choose the non-figurative world, it's because I believe it is larger than the other. I believe that there is more to be discovered in the unknown than in the known. If the limit of the known is the unknown, then the opposite does not seem to be true."

Raised in Germany (Prussia), between Cologne and Frankfurt, then, from 1919, in Belgium Raoul Ubac studied at the Athénée royal de Malmedy until 1928. After the reading of the first Manifesto of SurrealismHe enrolled at the Sorbonne in Paris and established contacts with the Surrealists, including Camille Bryen and Otto Freundlich, and met André Breton. His first photographs offound stone assemblies  on the island of Hvar encouraged him to enrol at the Cologne School of Applied Arts. Raoul Ubac then experimented with new photographic techniques: the processes of burning, solarisation and petrifaction, which he exhibited in Paris in 1933.

Under the name of Raoul Michelet and in collaboration with Camille Bryen, he published two collections of poems and photographs, Poetic Actuation and The Adventure of Things .
He rubs shoulders with Hans Bellmer, Victor Brauner, Benjamin Péret and Raoul Hausmann, participates in theInternational Exhibition of Surrealism, à La LouvièreThis is the first surrealist exhibition in Belgium, organized by the Rupture group.

Starting in 1936, he worked on a series of photographs around the Battle of Penthesileawhich it will publish in part in the journal MinotaurThis is achieved by combining multiple processes: combining negatives, overprinting and solarisation, superimposing or shifting the negative and the positive, which gives an impression of petrifaction, blowing, smoking, burning or fogging of the plate. Ubac learns engraving in Stanley Hayter's studio and exhibits a few photographs in January 1938 at theInternational exhibition of surrealism.

In 1940, Raoul Ubac founded with René Magritte the magazine Collective Invention which will have only two issues and will feature André Breton, Achille Chavée, Fernand Dumont, Marcel Lefrancq, another surrealist photographer, Irène Hamoir, Marcel Lecomte, Marcel Mariën and Louis Scutenaire. At the beginning of the Second World War, Raoul and Agui Ubac, together with the Magritte, Scutenaire and Irène Hamoir, left Brussels, then Paris for Carcassonne (Aude) where Joë Bousquet lived. In 1941, Raoul Ubac returns to Brussels where he presents an exhibition of photographs with a catalogue prefaced by Paul Nougé. The gallery is closed by order of the occupants. Having made the acquaintance of the poet Jean Lescure who runs it, he actively collaborates in the magazine MessagesHe met Paul Éluard, Raymond Queneau and André Frénaud, who never ceased to accompany his work in a friendly manner. In 1942, he illustrated Exercise of purity of John Lescure.

The latter introduces him to Jean Bazaine and other non-figurative painters. From 1951 onwards, the Aimé Maeght gallery regularly exhibited his gouaches and canvases, prefaced by André Frénaud, Georges Limbour, Claude Esteban and Yves Bonnefoy. At the same time, Ubac never stopped engraving slates which became reliefs and of which, in 1955, he introduced fragments into his paintings. In 1958 he acquired a house in Dieudonne where he set up two workshops, for painting and sculpture.

In the 1960s, his paintings, on panels covered with amalgamated resins, achieve a synthesis and a blossoming, around the themes of Ploughs and Furrows, Bodies and Torsos, of the double work that he will continue until his death. In 1968 a retrospective of his work was presented in Brussels and at the Museum of Modern Art in Paris. In 1973 Ubac received the national grand prize for the arts.

Born Gaston Émile Duchamp, second son of Eugène and Lucie Duchamp, the future Jacques Villon is the elder brother of the sculptor Raymond Duchamp-Villon (1876-1918), the painter, sculptor and author Marcel Duchamp (1887-1968) and the painter Suzanne Duchamp (1889-1963).

In 1904-1905, he studied at the Académie Julian. In 1911, he organized a discussion group at home with his brothers Raymond and Marcel, which met regularly with artists and critics such as Francis Picabia, Robert Delaunay, Fernand Léger and others who would soon be known as the "Académie Julian". group of Puteaux.

In 1913, Villon, seven large dry points, cubist masterpieces, where the shapes break into obscured pyramidal planes. He exhibited at the Armory Show in New York and his fame grew so much that by the 1930s he was better known in the United States than in Europe.

The Louis Carré Gallery organized an exhibition of his work in Paris in 1944. In 1950, he received the Carnegie Prize and in 1954 he was named Commander of the Legion of Honour. The following year, he received the commission for the stained glass windows of the cathedral in Metz, France. In 1956, he was awarded the Grand Prize at the Venice Biennale. 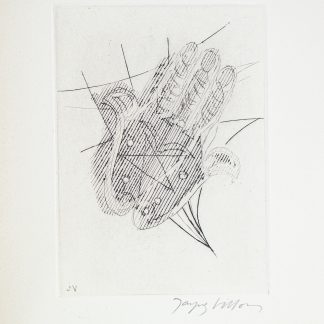