FIRST EDITION.
Couverture lithographiée.
Catalogue of the exhibition of the Museum of Reims from April 20 to June 23, 1968 presented by Jean Leymarie.

After the war, where she joined the FFI, she joined the Groupe de L'Echelle and met Samuel Beckett, André Lanskoy, Serge Poliakoff, Serge Charchoune, Nicolas de Staël, Bram and Geer van Velde.
Geneviève Asse now divides her work between Paris and L'île aux Moines, and is considered one of the major artists of abstraction in France. She recently exhibited her engraved work at the Bibliothèque nationale de France (2002) and her "Peintures" at the Centre Pompidou (2013).

"Behind the horizon, the dawn, shaded greys, transparent ultramarine blues, whites that disappear in the grain of the canvas, nothing outside of time. "(Working Notes, 1974) 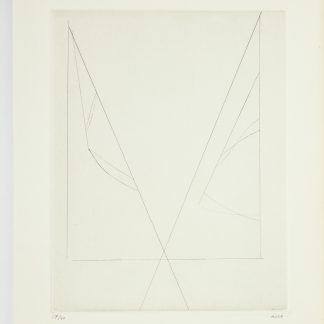