"During July [1908], when the crisis first broke, Lytton had felt up to reading except Voltaire’s correspondence [...]. But it was another favourite volume he took up with him to Scotland - Professor Gile’s anthology of Chinese Poems, in which he now entirely immersed himself, writing a long appreciation of them for MacCarthy New Quarterly. [...] In Professor Gile’s anthology he found just the perfect dreamy and pervading melancholy to chime in that medley of old emotions moving beneath his usual carapace of frigid aloofness." (Michael Holroyd, Lytton Strachey By Himself ).

"In theses Lyrics of Chine the stress and fury of desire are things unknown, and, in their topsy-turvy oriental fashion, they are concerned far more with memories of love than expectations of it. [...] Thus, while one cannot be certain that this love is not another name for sublimated friendship, one can be sure enough that best describes such a feeling ; and it is through its mastery of the tones and depths of affection that our anthology holds a unique place in the literature of the world." (Lytton Strachey, New Quarterly)

The Australian-born British painter Henry Taylor Lamb (1883 – 1960) obtained a graduate scholarship in 1904 and despite this success, he abandoned medicine for painting and settled in London in the summer of 1905. He began his studies at the art school run by Augustus John and William Orpen in Chelsea in January 1906. Soon after arriving in the capital he met Lytton Strachey at a party. He told his friend, Leonard Woolf: "He's run away from Manchester, became an artist, and grown side whiskers... I didn't speak to him, but wanted to, because he really looked amazing, though, of course, very bad." Strachey made several unsuccessful attempts to seduce Lamb. Strachey was "convinced that Henry, with his angelic smile, his feminine skin and moments of incredible charm, could be converted to bisexuality .
(Michael Holroyd, Lytton Strachey: The New Biography)

Lamb received the book at the end of probably a turbulent week, with a discreet inscribed page reference to the most explicit Ecclesiastes 3-5 :

There is a time for everything, and a season for every activity under the heavens:

In 1914, Henry Lamb painted a large and distinctive painting, Portrait of Lytton Strachey generally considered to be the definitive portrait of Strachey. 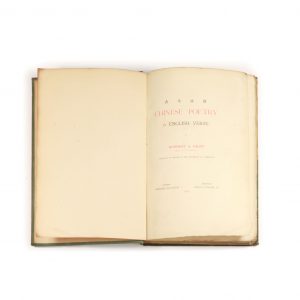