The Songs of Bilitis

View basket “The Songs of Bilitis” has been added to your basket.

A literary trick masterfully orchestrated by Pierre Louys, who invented Bilitis, Sappho's rival on the island of Lesbos, and translated his sapphic pieces that he allegedly discovered on the walls of an underground tomb where Mnasidika's lover was resting!

The secret only lasted a few weeks "A simple title of subtle convention for those who know that Bilitis never existed..."(Camille Mauclaire, Mercure de FranceApril 1895).

The success was equal to the scandal, the work became the bedside book of Nathalie Barney, Renée Vivien and Claude Debussy made, in 1897, a musical adaptation of three Songs from Bilitis. 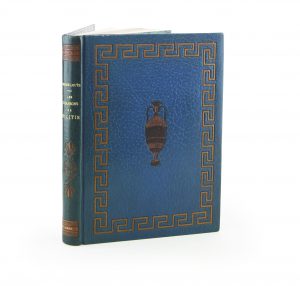