View basket “Requiem of the Innocent - Sharing the Living” has been added to your basket.

This first novel by the author of known no large print run.

Copy of the press service, complete with the prayer insert on yellow paper.

"to Mr. Jean Blanzat, a tribute from the author"

Jean Blanzat (1906-1977) entered the world of literature in 1930 with the publication of his first story Childhood, then a first novel To my enemy myself.  Resistant within the Group from the Museum of Man, he was one of the first members of the National Writers' Committee, alongside Jean Paulhan. During the Occupation, he continued his novelistic activity and in June 1942 he received the Grand prix du roman de l'Académie française for Morning Storm.
After the Liberation, Jean Blanzat was appointed literary director of Éditions Grasset and then a member of the reading committee at Gallimard. His novel The Forger was awarded the Femina Prize in 1964. 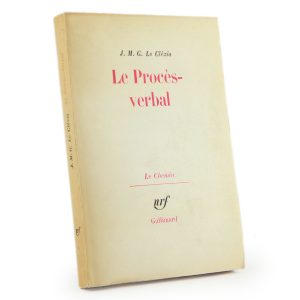 You're viewing: The Minutes 600 €
Add to basket